Spainhoward starts off 2018 Speedway season with a win 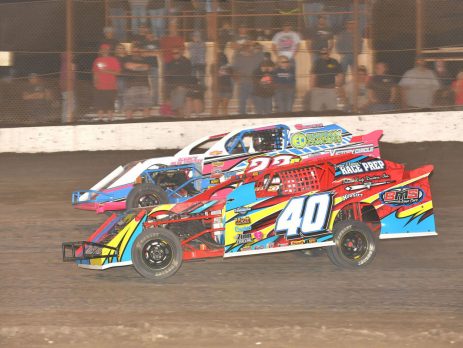 Spainhoward starts off 2018 Speedway season with a win

Spainhoward started third in the feature and held off a challenge from Michael Johnson, who came all the way from the 10th starting spot, to get the victory.

A red flag fell as the last lap was being finished due to a multi-car accident on the back straight.

Brady Bell started on the outside of the front row and went on to victory in the Pro Stocks feature. Clay Daly came from the seventh starting spot to finish second. Justin Crockett was third, followed by Devin Crockett and David King

In IMCA Stocks, Tyler Johnson edged out his brother, Chad Johnson, by a couple of feet for the win. Brock Hamilton was third.

Tyler Blankenship was the winner. Sunnie Simkins was second and Cole Forster third.

Tyler Blankenship was also the winner in the Senior Mini Dwarf division. Broedy Graham was second and Mason Ratcliff third.